Winter changes my perspective on the common salamanders. If I had found six salamanders of these three species in April, I'd count the trip a disappointment. In January at 45 degrees, though, and I'm happy.

On Sunday I tried out a patch of woods in Bucks County recommended to me for vernal pools and spotted salamanders in late winter/early spring. 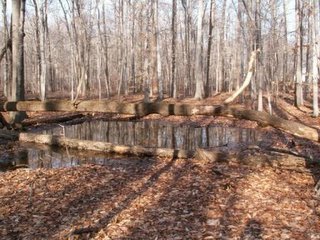 You could call today's trip a scouting trip. I meant to learn my way around and look for good spots, which I did, but I had read on some posts on the herping forums about guys in the southern Midwest finding spotted salamanders, so I was holding out some hope.

I scoped out the vernal pools and kept on hiking to explore. When I got to a rocky stream, I jumped in. 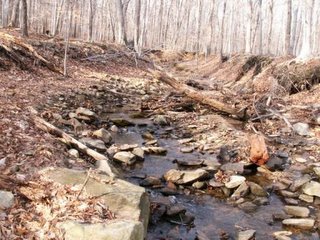 I pretty soon found two kinds of salamanders: two-lined salamanders (Eurycea bislineata) and a northern dusky (Desmognathus fuscus fuscus). They were all under rocks in shallow (less than an inch deep) patches, and all were tricky to catch as they wriggled under rock after rock. I caught two.

Here is one of the two-lined salamanders. 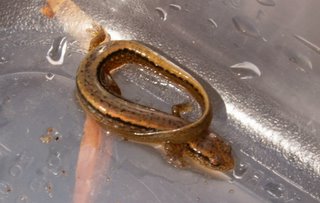 Here is the dusky. It is not full grown. As the name implies, these are not the flashiest salamanders out there. 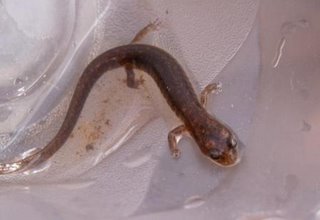 I tore myself away from the stream since I wanted to finish up and get home before the Bengals game started. Against my better judgement I was drawn back to a wet, boggy area next to the stream. 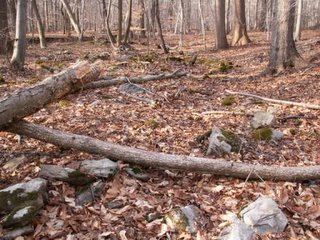 I found nothing under the rocks there, but on an adjacent dry spot I found this little guy under a rock, one of the prettier redback salamanders (Plethodon cinereus) I've seen in a while. I've left the photo uncompressed so you can see just how pretty with the rich red back and those little sparkly flecks. 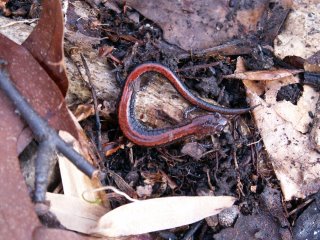 The Bengals lost.
Posted by Bernard Brown at 3:14 PM No comments: