Check out page 24 of the latest issue of Grid.

I finally wrote about my Philly milksnake (Lampropeltis triangulum) obsession. The article features a photo of a gorgeous Valley Forge milk taken by local herper Dave Fitzpatrick.
Posted by Bernard Brown at 7:50 AM 1 comment: 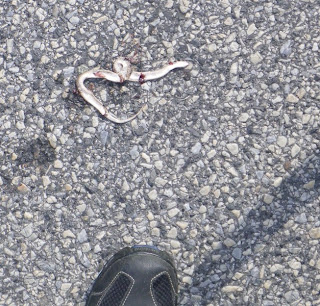 Sometimes I forget that most people don't know what 'DOR' means. Indeed why should normal people need a term to refer specifically to animals that are 'Dead On the Road?' I suppose it implies searching for creatures that would be, by contrast, alive on the road, which I figure only herpers do.

However wrenching it can be to see a beautiful creature killed by accident, DOR isn't completely a bad thing. It's terrible for the animal, of course, and the cumulative effects of 'road mortality' can indeed be a major threat to populations of snakes, turtles, and other animals, but you can still learn a lot from a DOR herp: namely that the species occurs where you found the corpse, and that it was moving from some point A to another point B (divided by the road) near in time to when you found it.

On Sunday I knew I wouldn't get to ride my bike to work for a few days, so I decided to go out for a nice ride along the Schuylkill. On the way I figured it couldn't hurt to do some herping, so I checked out a large vacant field that I first herped for brown snakes (Storeria dekayi) in 2006. A lot has happened in the six years since (dear lord, this makes me feel old), including development to a section of neighboring lot where I suspected the brown snake population largely hibernated, but the place looked pretty similar. 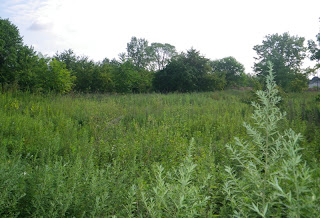 It was still overgrown with weeds, except where horses kept the vegetation cropped. These are horses that belong to some of Philadelphia's black cowboys, locals who you'll sometimes see roaming the streets of West Philly in the saddle and giving rides to local kids. 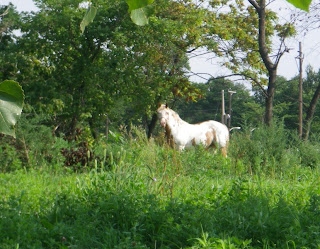 I found a tree of heaven growing through the same tire as before. 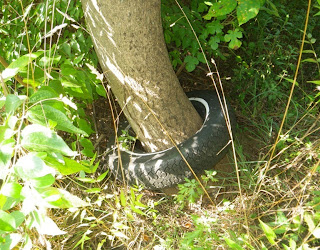 I also found some wild cherries (I think these are chokecherries) within reach (I do love wild fruit. It feels like such a bonus to an already fun activity). 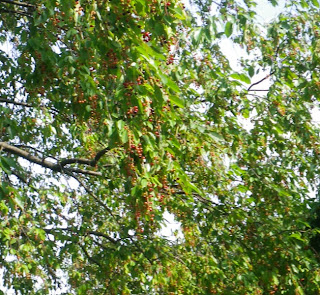 I found no brown snakes, but then on ride back out on Parkside to make my way down to the river, I found the unfortunate gal I started the post with.

Of course then I had to stop and check out the Centennial and Concourse Lakes in Fairmount Park, turning up a young bull frog (Lithobates catesbeiana) under a log. 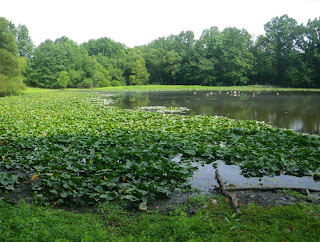 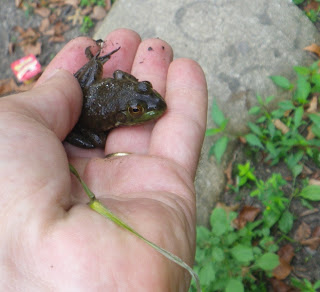 On my actual ride I kept an eye open for turtles in the river. I include this crappy photo of crappy (invasive descendents of released pets) red-eared sliders (Trachemys scripta) only to make a point about how impressively wary turtles can be. I took the photo from the Falls Bridge, well above their basking perches. Hordes of other cyclists and pedestrians were passing along that bridge that morning, but somehow my stopping for a few seconds was enough to signal danger to them, and they all jumped in before I could zoom in. 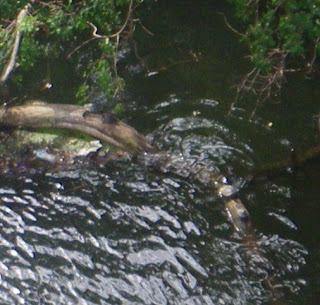