I went out on another scouting trip Sunday afternoon. I know these scouting trips are probably starting to get pretty boring for you readers, but this one was kind of special: I went out to the Wissahickon seeking the lair of the Surprise Milk Snake (Lampropeltis triangulum triangulum).

This milk snake did not rob me of my leg or eat my partner, and I am not seeking revenge. Quite the contrary, it delighted me beyond belief and I am looking forward to our reunion for some photographs.

The Surprise Milk Snake is actually the reason I started this blog. I was so swimmingly tickled by finding a milk snake within the city limits of Philadelphia, I told my herping buddy from Ohio Jay right away and I posted on http://www.kingsnake.com/ under the subject heading “Phillyherping.”

I had always thought of herping accounts as a literary medium for herpers from somewhere besides here: guys bagging puff adders in Kenya, hooking Western Diamondback rattlers in out West, or tackling Indigo snakes and alligators in Florida. Finding that milk snake was so overwhelmingly delightful to me, however, that I decided that even in and near Philadelphia there were herping experiences worth writing about.

So what was so special about this Surprise Milk Snake? I’ll write more about that later, but the short of it is that milk snakes are often difficult to find, they generally do not live in urban areas, and this one was gorgeous. To make the whole thing more magical, I found it under a rock on a very shady hillside in cloudy damp weather, rather than on a sunny hillside where you’re supposed to find snakes.

I found this amazing little snake that I had not been expecting to find, and that totally made my week. This year I intend to find more.

I started off perusing the hill behind the one on which I found the mystery milk snake. Here is the top of the hill, which, like much of the Wissahickon section of Fairmont Park, is dominated by beech trees. 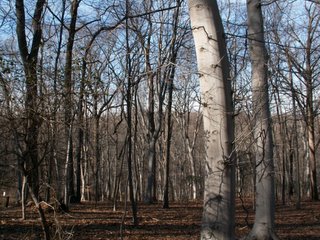 There was enough loose rock around to possibly make for some interesting flipping in the spring. I also found this collapsing shed. I’m a little embarrassed that I had never noticed it before, but the trail I usually take doesn’t pass near it and I think the heavy growth of vines and multiflora rose shield it from view on the other side. 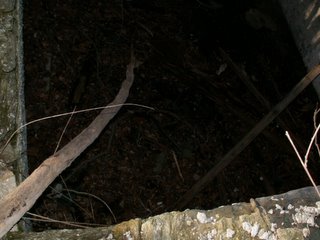 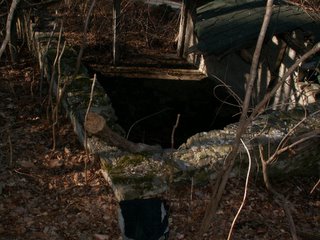 Last, here is a picture of the hillside on which I found the milk snake. Notice the rocky outcroppings as well as the loose rocks on the slope. If you’re a snake or a salamander, all those loose rocks make for good hiding spots and all the cracks and fissures extending back into the hillside make for good shelter from the cold of winter or the heat of summer. 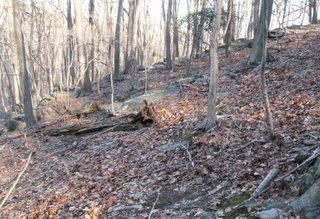 I’m still confused why it makes for good habitat given its shady northwest orientation, but I need to let go of that and take the snake as proof that it’s good habitat.

So, my goals this herping year: