Success smells like snake musk. The plainly foul and potent fluid that snakes release from glands at the base of their tails gets on you and sticks with you. In a case of simple conditioning, we who love to catch snakes get a little thrill any time we smell it. On the way home from a fun trip I'll get another whiff of it and get that flash memory of the snake itself.

I thought I had learned to love all snake musk - from the rounder funk of the water snakes (Nerodia), garter snakes (Thamnophis), brown snakes (Storeria), and their relatives to the more bitter, acrid bite (notes of burning tire) of the common king snake (Lampropeltis getula) - but on Saturday a northern water snake (Nerodia sipedon) shocked even me. 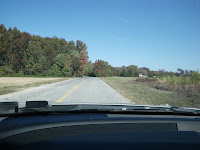 I had spotted the snake in the other lane as I rounded a bend in the farm and marsh country along the Delaware Bay in New Jersey. I slammed on the brakes, jumped out of the car, and ran back to the snake as it froze and then started to retreat (thinking to myself - 'not a rat snake' - too chunky).

Water snakes are common almost anywhere there is fresh water in our region. They are chunky snakes that can give the impression of being longer than they are - you'll rarely see them much bigger than three feet. Somewhere under the layer of mud they are patterned with broken hourglass bands of dark red on gray that can fade almost to even gray in bigger water snakes.

They are almost uniformly unpleasant to catch. The scared water snake puts up a savage defense, pooping and musking liberally and biting repeatedly, leaving lots of shallow scratches that bleed a bit more than you expect thanks to saliva that is toxic to their fish and amphibian prey but just a mild anticoagulant to us.

Somehow I got away from this one without any bleeding. I am getting better at this. Sometimes catching a snake means grabbing it however you can, but if you can occupy its attention with one hand, camera, or face while you lightly grab and pick up its back end with the other, you can often get away without any bites - good for the snake as well as more pleasant for you. (note that Scott opposes this, maintaining that the bite is part of the experience; to avoid it is to wimp out) I handled the snake a moment, relishing the feel of its cool, roughly keeled scales, and then put it down.

Only back in the car did I get a full sense of the stench. I'm not sure why this was so much more powerful than I've ever noticed for a water snake (and I've caught a lot of water snakes, all of which musked on me) - had the snake been saving up? a yet-undocumented musk mutation? a fungal infection of the musk glands?

I had decided I could stomach this for the ride home (betting it wouldn't stick in the car), but then Jen called to tell me to run by the drug store on the way home, and I knew there was no way I, in good conscience, could stand in line with other humans smelling like that. I stopped at the next rest stop and scrubbed my arms down.

This was an otherwise lame trip - I checked out some public land I had wondered about and found little exciting. I did, however, flip the first red-back salamander (Plethodon cinereus) of my fall herping. By the end of March I'll be too sick of these ubiquitous little guys to take any more photos, but here's the first one in all its glory. 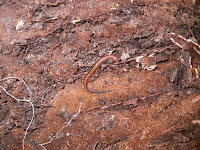 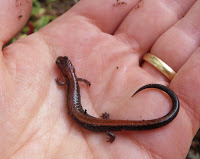 making a break for it up my forearm: 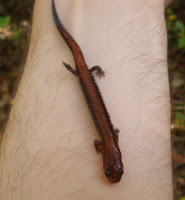 What does this can say? 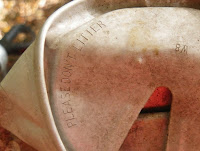 Why? Because even after about 35 years, it will still be where you left it and eleven others where you were drinking them in the woods. 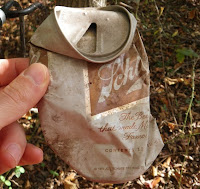