One of the reasons I like my job is the traveling. I don’t travel more than a couple times a month – any more than that I think I’d get sick of, but I do get to see a lot of the beautiful state of . My more cynical friends would say I don’t like the traveling; I like the opportunistic herping. I can’t say that I don’t, but I also enjoy driving out in the hills. Take I-80, for example, especially just west of the middle of the state where the mountains to either side give the impression of a green, leafy ocean thrown up all around you in great waves of forest.

A little ways past that point I got off 80 and headed north into . As the name implies, they used to have elk. They were hunted to local extinction, but in the early 1900s they were reintroduced. There are now elk herds in , to the north, and to the east, and maybe in other neighboring counties, for all I know.

I didn’t see any elk on my late-May, 2006 trip to Elk, Cameron, and McKean counties, but I did see evidence of them – in the mud impressions of hooves that were definitely bigger than those of the deer I’m used to seeing everywhere.

On May 30th I did see another mammal for the first time – a porcupine. I saw others on the trip, all DOR (I guess they’re about as good at crossing roads as possums), but this one was alive. I was walking on a trail in Allegheny National forest, trying to resist the temptation to go so deep into the woods that nightfall would catch me there – I did have to work, of course, and I was catching my herping/hiking time late in the afternoon (doesn’t it seem amazing how late the sun stayed up in May, now that we’re mired in the middle of winter?). I heard a noise off in the trees to one side, and instead of a squirrel I saw this guy: 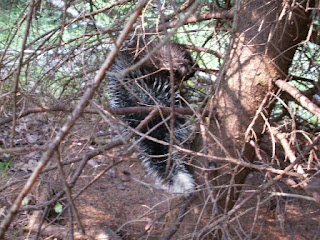 Isn't it adorable? It looked like it was having trouble getting up the tree, and I wanted to reach in and either help it up or let it down, but, of course, it was a porcupine.

I saw some herps too. Here’s a garter snake (Thamnophis s. sirtalis) I found under a rock. 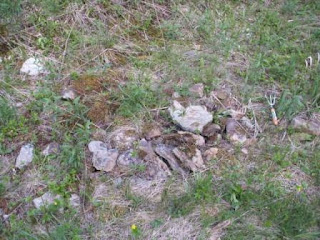 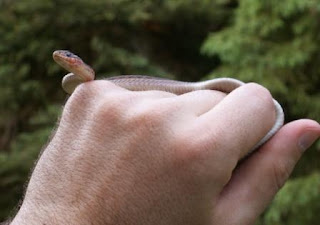 A ringneck (Diadophis punctatus edwardsii) snake got away from me before I could take a photo of it, as did a wood frog (Rana sylvatica). The redback salamander (Plethodon cinereus) would have posed for a picture, but sometimes I just don’t feel like getting the camera out for another redback.

The most beautiful part of the hike was around this lake. I didn’t see anything really crazy up there – a bullfrog (Rana catesbeiana), a newt (Nopthalmus v. viridescens), and some tadpoles. 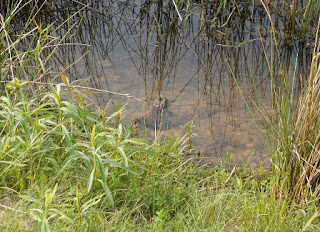 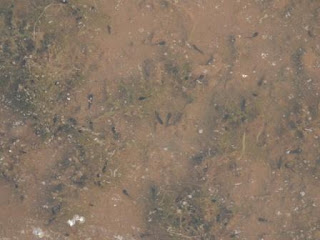 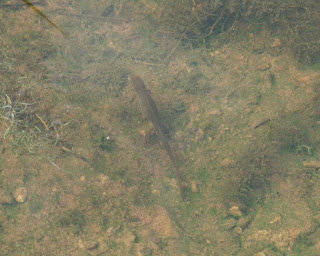 The picture of this lake, though, was what got me thinking about the landscapes I get to drive across for work and hike across if I’m lucky enough to have a little time left over. 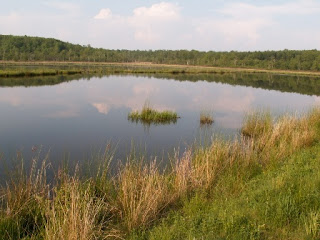 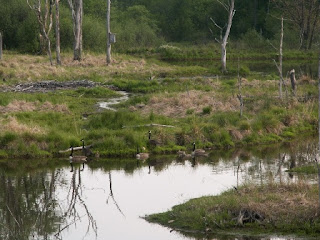 From around 5pm to 7pm the temperatures were in the low 80s, the sky partly cloudy, and the air was humid.

Posted by Bernard Brown at 4:08 PM No comments: