I went back out to The John Heinz National Wildlife Refuge again today (9/23/07 temps in the low 80s with sunny skies), this time for a lecture by Peter Warny and some live snakes from Interim Refuge Manager Gary Stolz' collection. It was aimed at families, and the little kids there had a good time seeing pictures of snakes and then real live snakes.

After the talk a few of us took a walk around the Impoundment and had a blast observing turtles. We saw 3 or 4 redbelly turtles (Pseudemys rubriventris), a handful of the exotic red-eared sliders (Trachemys scripta elegans), and maybe a dozen painted turtles (Chrysemys picta ssp.) basking in Darby Creek.

The turtle watching really heated up when we got to the Impoundment. 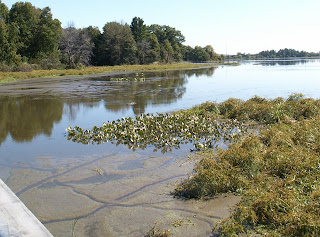 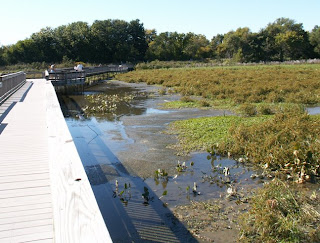 The tide was higher today around two in the afternoon when we were hanging out on the bridge over the Impoundment, so the turtles were swimming around rather than slogging through the mud.

We spotted a stinkpot (Sternotherus oderatus) coming up for air near the bridge, and a few red-ears swimming around with the painted turtles: 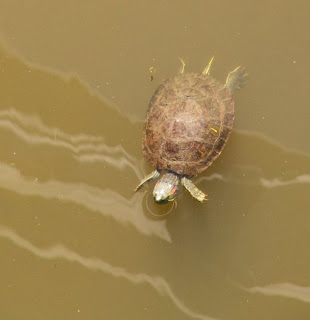 The snapping turtles were the real fun. Can you see the snappers in this photo? 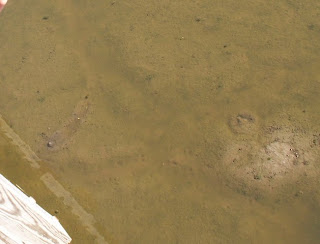 If you follow a little furrow coming down almost like a "J" from the top left about halfway down, and stopping right before the reflection of the bridge in the water, you can see the nose of the smaller snapper sticking up for air. On the right, that sort of hill on the right is a really big snapping turtle. Here's a closer look: 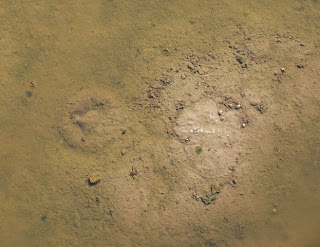 See its head and nose? In this next one you can see how the snapper track leads right up to it: 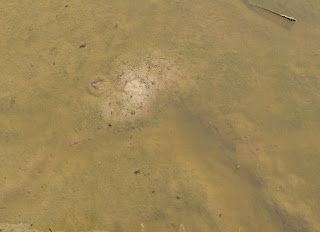 Here's a smaller snapper hanging out in the shadow of the bridge: 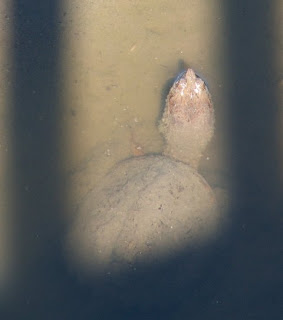 Here's snapper #4, making its own little track and then burrowing into the mud. In the last photo you can see its nose just sticking up. 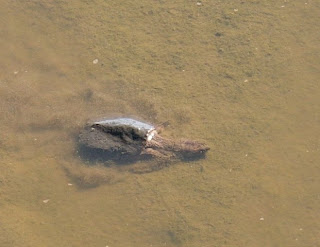 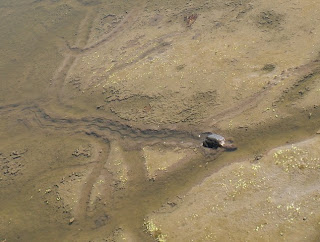 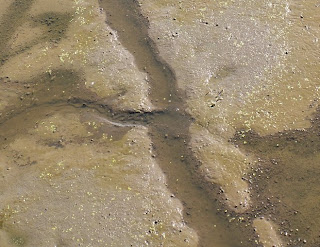 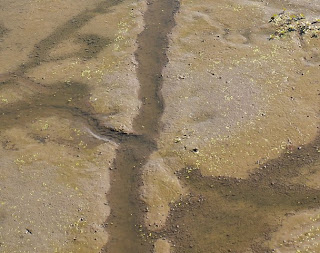 Posted by Bernard Brown at 5:40 PM No comments: