I was looking for eastern milksnakes (Lampropeltis t. triangulum) in Roxborough and Manayunk of all places on Sunday (July 16). Mannayunk and Roxborough don't have much wild green space at first glance. Every time I drive by on the Schuylkill Expressway I look over the river at the steep hillsides thick with rowhouses, and I don’t see much room for snakes.

Eastern milksnakes are medium-sized snakes (up to about three feet) patterned in red-brown blotches on a dirty gray background. As hatchlings they are beautiful; the background is cream and the blotches scarlet, but the bigger they get, the drabber they get. They change their diet as they grow as well. Young milksnakes eat almost nothing but small snakes and lizards. Adults eat almost nothing but rodents.

All this makes them more demanding than the little brown snakes (Storeria d. dekayi) I’ve been finding. Brown snakes just need slugs and worms, and at twelve inches, they don’t need much space. The larger milksnakes need more space, not to mention rodents and, of course, brown snakes, to eat.

Still, I’ve heard reports of eastern milksnakes in Mannayunk and Lower Roxborough, and while the landscape looks all wrong to me, I gave it a shot.

I did not find any milksnakes, but then I didn’t get out of the car; I did not find too many places that looked accessible for me without trespassing. There are a lot of steep rock faces I hadn't noticed before, though, and lots of back yards with gardens. The streets are quiet and narrow (easy for a snake to cross?). Maybe next time I’ll be a little more gutsy about hopping out and looking on private property.

Anyhow, I headed on up to the Wissahickon to look for the milksnakes there. I tried the hillside where I had found the milksnake that started all this hunting, as well as a couple nearby meadows that I thought looked promising. 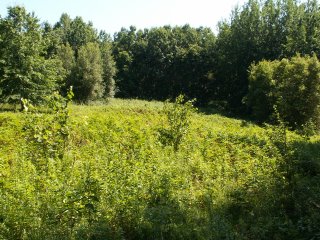 I still think those are great places to look, but I had no luck this time; I did find a lot of berries, though. I thought I had hit it big when I saw all the ripe raspberries around me, but then I found the blackberries. Wow. I ate a lot – I think I figured out that it added up to about five or six big handfuls of berries. It was all so perfect. I was hungry, and there was food all around me. I was finding no snakes, but suddenly I was able to direct all this hunting energy towards easy-to-find, instantly rewarding fruit. 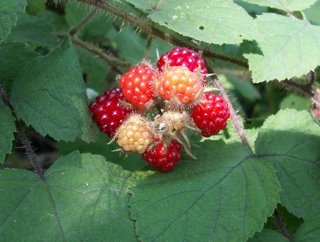 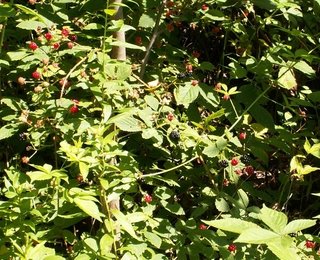 I had completely given up on the herps and nearly sated myself on the berries when I turned around and saw this: 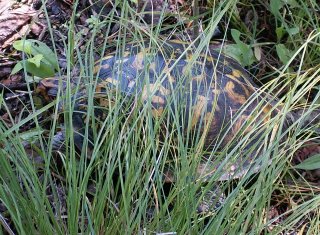 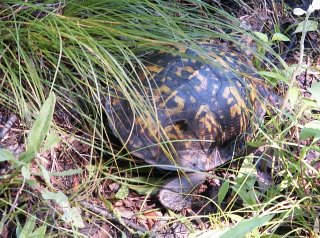 A box turtle (Terrepene c. carolina)! Here’s a shot of his belly, showing the concave plastron that tells you he’s a he (don’t worry, I turned him back over). 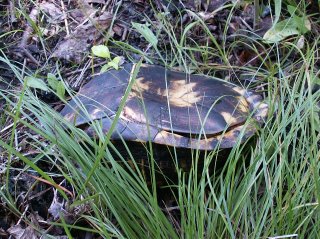 He would not come out for a better look the whole time I was examining him. I waited a while, trying to stand as still as possible, but still he would not open up for me. He did look kind of timid. 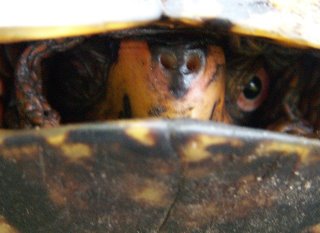 Scott, who is a turtle nut, has been telling me about box turtles in the Wissahickon. Others have suggested it to me, but I haven’t believed it. I still don’t believe there’s a healthy population there – maybe a few old survivors like this old boy – but any box turtle instantly turns any outing into a success.

It had rained the day before so the air was humid and the ground was wet, which is important for slug- and worm-loving box turtles. The temperature increased from the low 70s when I headed out around 6am to the low 80s when I found the box turtle at 11am.

1 box turtle
Posted by Bernard Brown at 4:59 PM No comments: