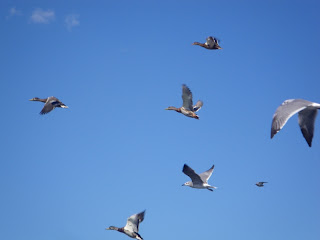 No one on the bus would have guessed what I was about to do. Of course, this being Philadelphia, few if any would have cared, but something about matching an action as ordinary and urban as an bus ride on SEPTA with a great-outdoors activity like kayaking on a river while looking for turtles had me feeling a little furtive as I glanced around at the other riders.

To be sure, I did not invent taking SEPTA to a put-in site. Please take a moment to check out the Commando Chronicles by Dubside. I do wish Dubside hadn't left West Philly to move to the Pacific Northwest. I never knew the guy, but I would have loved to spend time with a man who took a folding kayak out to the Delaware in the middle of icy winter nights and tried to follow the course of miserable suburban streams in New Jersey. He apparently does not communicate by email ("I prefer ESP-mail. It's not quite as accurate, but it definitely filters out the extraneous stuff."), but he did answer one of my letters inquiring about  Mill Creek, and I was inspired by the correspondence. Thus I thought of Dubside as I pulled the cord for my stop, slung the sack with the deflated kayak onto my shoulder, and thanked the driver.

I adore the transition from land to water, leaving my feet and gliding away, feeling my paddle blades bite in and propel me into the current. Even alongisde the highly-trafficked banks of the Center-City Schuylkill, with cyclists, walkers, runners, and sunbathers all in view, it marks the passage into a smoother, quieter world.

Soon I left most of my fellow Philadelphians behind and joined the select few of fellow boaters (one canoe, a few motor boats coming up from the Delaware, and four jet skiers on three jet skis (why is it always the women who ride behind the men? Why don't the women ever get to drive?)) and fishers who know the peace and beauty of the Schuylkill.

Yes, this is the same ugly river that we cross every day and wrinkle our noses at, no matter that it's been restored to the point that it again hosts American shad schools and is clean enough to splash around in as long as it hasn't rained recently.

From the water it's a river with trees along the banks, a current (or two, I guess, if you count both directions of the tide), and birds, fish, and turtles. Sure there is some trash bobbing along, and sure the storm-sewer outlets are a bit stinky, and sure there are rats poking around banks covered with bricks rather than the usual river rocks, but on balance it is still a wonderful place to spend an afternoon. 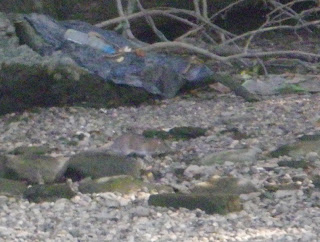 That said, the murkiness of the water saved me from making any snorkeling decisions, and I let all the turtles swim away after I got as close as I could. 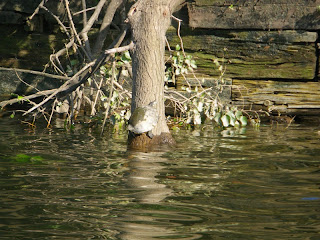 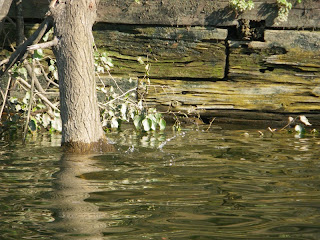 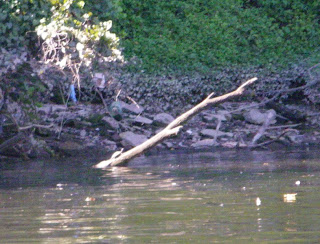 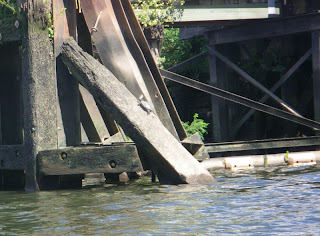 Most were mystery. Some might have been redbellies (Pseudemys rubriventris), some maybe map turtles (Graptemys geographica), several certainly were red-eared sliders (Trachemys scripta).

I reached Bartram's Garden just as the tide was turning around and turned myself to ride it back to Center City. 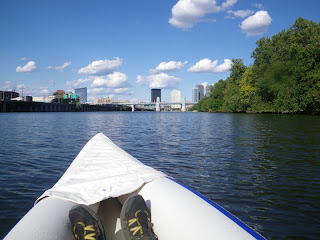 Then I took the bus back home.
Posted by Bernard Brown at 7:19 PM No comments: