Readers of this blog will already know that I am not a fan of road cruising. Driving back and forth on roads at night hardly strikes me as a way to get in touch with nature; it's perhaps an efficient way to find herps, but finding a critter on blacktop or gravel in the beam of your headlight is like finding it in the middle of a parking lot, a surface that could be in front of a Walmart or next to City Hall. Where's the forest? Where's the marsh? If it's a ratsnake, where's the tree branch or the ledge, the patch of sunlight on leaf litter in the forest (not that I haven't resorted to cruising for ratsnakes in my more desperate moments)? If it's a snapping turtle crossing the road, where's the mud or the image of the head and top of the shell breaking the water, that moment when you look down in the water and realize that no, that's not a rock?

But I hurt my knee on that grand timber rattler trip, and now I can't go hiking for a little while. Road cruising might suck, but it beats sitting at home.

There are a few weeks in early June that the dry land of the great state of New Jersey hosts some of the most beautiful turtles in the world. They're out there in the marshes the whole time, bobbing around with the tides, munching on crabs and mussels, basking when they get the chance, but we can't get to them.

That's probably for the best. Terrapins don't do very well on land, or more specifically they don't do well around cars. Female terrapins get massacred up and down the coastline of the eastern and Southern United States as they hike around, looking for the right patch of dirt to dig into. For more information on terrapins and their conservation challenges, check out the Wetlands Institute's terrapin conservation page.

All of this is not meant to suggest that we're taking advantage of a bad situation, but we spent the morning of June 5th driving around southern coastal New Jersey (I think we covered at least three counties) looking for terrapins. 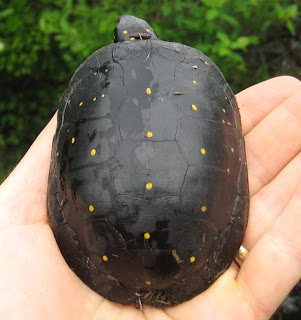 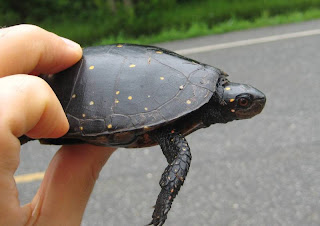 And on another road this little snapping turtle (Chelydra serpentina), who didn't snap at all (another one later in the day certainly did), but looked thoroughly freaked out. 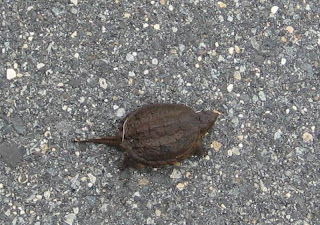 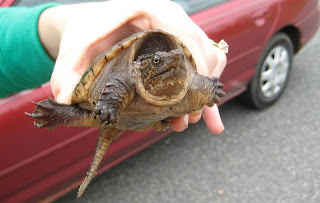 Soon thereafter we helped this chunky female box turtle (Terrapene carolina) cross the street in a somewhat suburban area. I wonder if she was on her way to nest. As a little reminder, always remember to take the turtle across the street in the direction it's heading. If you move it back the way it was coming from, it'll try to cross again. 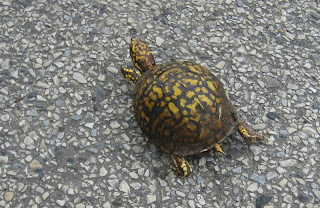 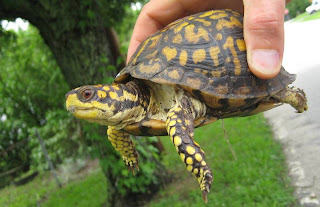 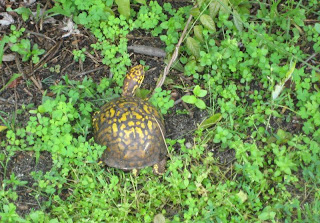 The thing was, we weren't seeing any terrapins. I kept trying new roads in new sections of marsh, and all we saw were more turtles of other species like this mud turtle (Kinosternon subrubrum) 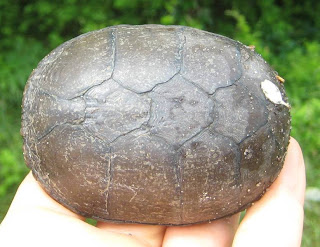 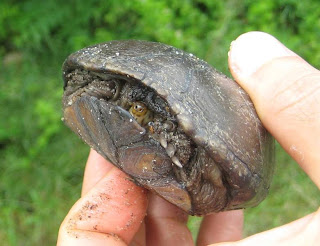 ...and this painted turtle (Chrysemys picta) 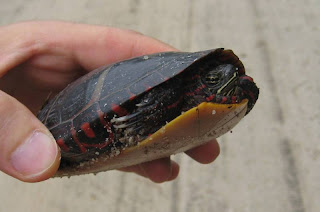 ...and lots of birds. We see Canada geese all the time, but Jen adores them, and I do find them entertaining sometimes. Here's a geese with goslings fleeing from the car. 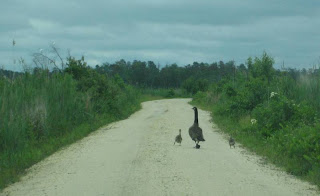 I should mention the crabs - little critters that just for a second make you think you're seeing a reptile, maybe a super fast turtle. 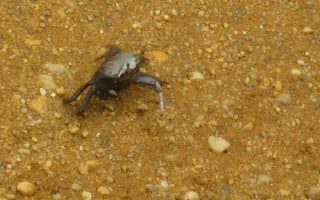 Jen also enjoyed the mammals. There's a rabbit back there by the edge of the grass: 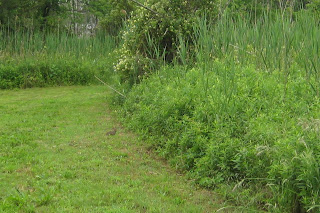 It's these rare times I find something on that time-wasting 'last' pass that keeps me going through all the failures. Check out this big girl: 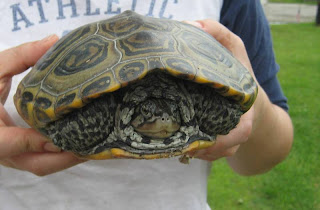 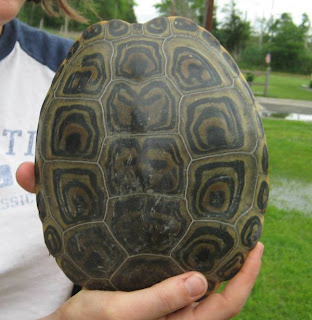 We also passed this one nesting. We took a quick shot and headed back to Philadelphia: 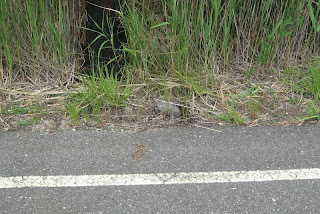 Posted by Bernard Brown at 3:31 AM No comments: