I’m finding snakes again around Philadelphia. They were probably out earlier in the season, but I haven’t been out enough myself.

Winter and early spring are dominated by the amphibians – the salamanders that breed on cold rainy nights and the tiny, hard to photograph frogs that make such a racket around ponds as the weather starts to warm up.

That said, the snakes do come out earlier than you might think – I’ve read plenty of reports of them sunning outside hibernation dens even in near-freezing temperatures – but right about now they’re really moving.

The weather is not too hot to be uncomfortable, some are moving from hibernation dens into their summer habitat, many are cruising around looking for love, and all of them are hunting and feeding to make up the weight they lost over the winter.

Once the temperatures get up into the 80s, many of them will switch to a more nocturnal lifestyle and stay underground during the day to avoid the heat, and I won’t be able to find them by looking under logs, rocks, and trash like I can now.

I found the first in Cobbs Creek Park on April 20 (75 and partly cloudy at 6:30pm). I was out looking for worms, and I decided to check my favorite logs. I was shocked to find that someone had rolled them over and had not rolled them back. In herping, this is the worst of all sins: not replacing cover. Garter snakes (Thamnophis sirtalis sirtalis) (and worms, for that matter) like those logs to hide under because of the cool, damp soil beneath. Now the logs are resting on dry grass, and the ground they had been protecting is all dusty and bare.

So, I found the garter snake under this piece of concrete instead of under my reliable logs. I'm not sure that ruining those logs as cover hurts the snakes, but it does make finding them harder. 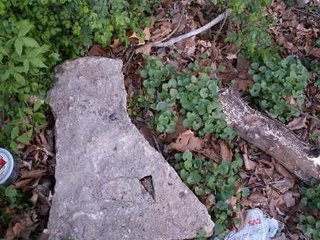 I like how garter snakes look when they’re studying the camera. It knows something’s going on inside that box but it's not sure if biting it is a good idea. 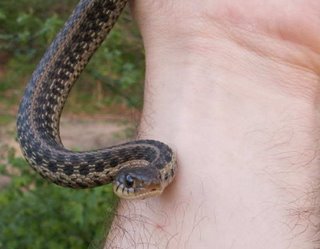 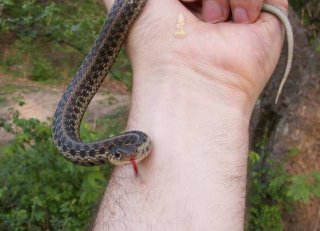 Here’s snake number two, a worm snake (Carphophis amoenus) I found under an old, soggy shirt in Winslow WMA on April 23. It was small, even for a worm snake, and I had trouble getting a good photo of the squirmly little thing. 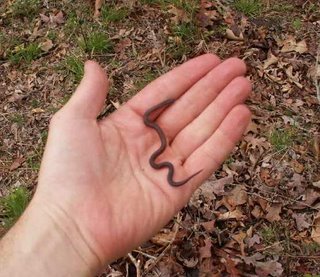 Here it is burrowing back under. I thought it was a throw-away shot, but the more I looked at it the more I liked how it showed the urgency with which these little, vulnerable snakes thrust themselves underground. 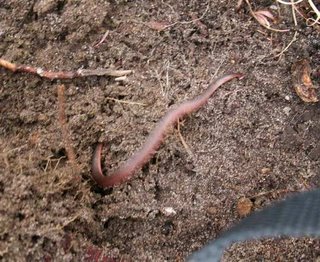 I also found some redbacks (Plethodon cinereus) at Winslow: 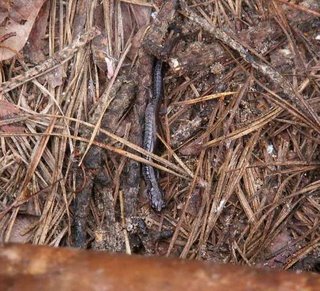 I found three under this piece of cardboard: 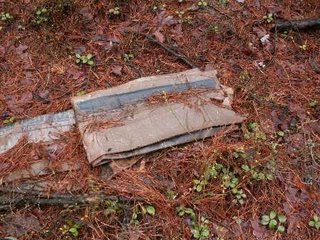 The most exciting salamander of the day was this marbled salamander (Ambystoma opacum) I found under a board in this dumpsite: 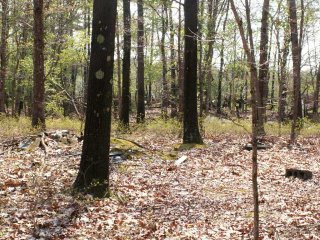 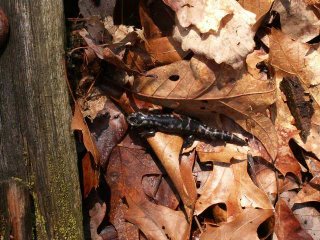 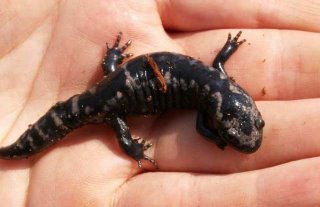 Notice how much darker it is than the one I found in October a few hundred yards away: 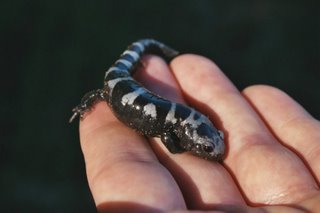 Marbled salamander males are more brightly colored than the females, so I’m assuming the one I just found is a girl, while the one in October was a boy.