Non-herpers will probably have no idea how good it feels, to stand and listen to a pool full of chorus frogs (Pseudacris triseriata) with their little spring peeper (Pseudacris crucifer) cousins. We put up with the dead time of winter with whatever internal emotional defenses we can muster, and maybe we even get used to it, kind of like if you're out on a long, cold, wet hike, and you just kind of put up with the cold, and you make yourself forget what 'warm' is like so you can just keep moving, but still it feels so ecstatically wonderful to step into a hot shower and feel your skin come back to life.

Scott and I headed south out of Philadelphia to join with the night and the rain near some large vernal pools we like. We brought Scott's four-year-old son Miles. Earlier in the day I had learned that my trusty poncho had gone permeable on me, so between the small child and my vulnerability to the 47 degree rain, we would focus on road cruising and not wading around in the dark.

As we drove out of town, the rain that had steadily pelted Philadelphia through the day let up, leaving the skies and letting the roads dry out. This was a problem; asphalt dries faster than you might think (who thinks about this until they are looking for wet asphalt?), so we were glad to find it raining again an hour into our drive.

Frogs greeted us as soon as we pulled off the main road and onto the tangled web of two-lane country roads that would take us to our destination.

First up was this southern leopard frog (Lithobates - I am finally giving up on 'Rana' as the genus - utricularia). 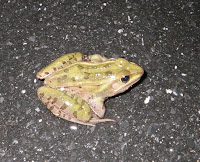 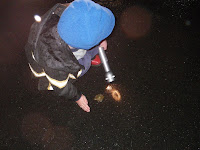 We would see many more, some not lucky enough to avoid the tires rolling around in the early evening. 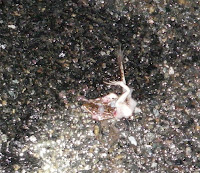 A couple other from the same genus showed up. Green frogs (L. clamitans): 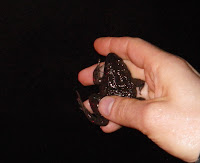 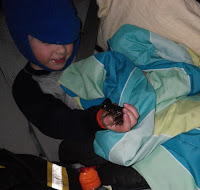 ...and getting away from Miles: 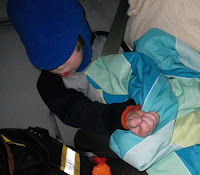 Peepers looking like jumpy little pebbles from the car. Here's one with its eponymous X on its back (hence the 'crucifer' in Pseudacris crucifer). 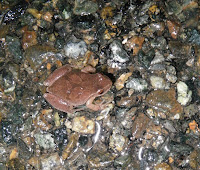 Their chorus frog cousins were only slightly less tiny, the females plump with eggs as their lovers-to-be sang from the pool across the road. 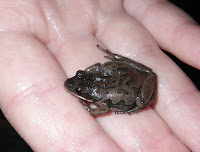 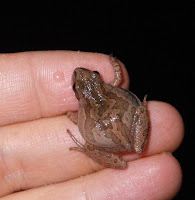 And here is the big prize of the season, spotted salamanders (Ambystoma maculatum), subterranean ('mole') salamanders that make their big migration each spring to meet up and make babies. We were only seeing males on the road. They tend to move first, set up in the pools, and then the females come later. 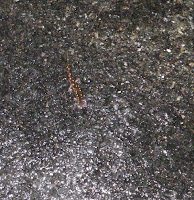 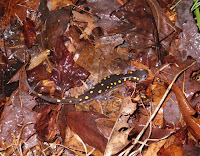 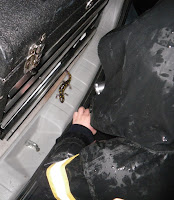 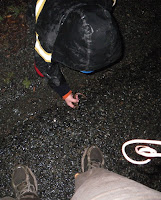 Check out this spot-less spotted salamander: 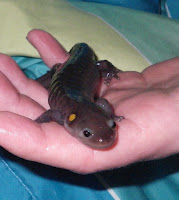 Last up we found some of these wood frogs (L. sylvatica) hopping around in the woods. We didn't hear many of them calling. These are usually the first spring breeders. I'm wondering if they already did their thing and were heading back home? 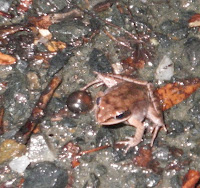 We headed back home ourselves, well, wet, awake, and ready for another year.
Posted by Bernard Brown at 9:15 AM 4 comments: