I’ve been striking out a lot lately. Maybe striking out is not the right baseball metaphor – I’ve been finding a few easy-to-find herps, so maybe I’m hitting foul balls a lot lately, but on Memorial Day, instead of driving an hour to the Pine Barrens or an hour and a half up into the hills and then wasting my time in 90 degree weather, I turned my attention back to West Philly.
Back in early March I posted about scouting out a vacant, overgrown industrial lot near 49th St., a block south of Fairmont Park West and north of the railroad tracks. Here's the satellite shot from Google Earth. 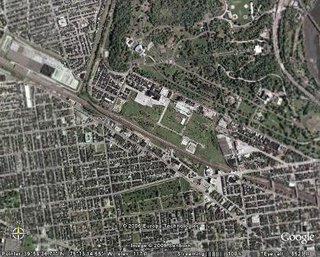 A nearby lot is slated for development into a strip mall featuring a Lowe’s, so I had contemplated a rescue mission there. The idea had been to catch as many brown snakes as I could at that lot before it’s all blacktop and retail and release them somewhere safer.

The lot that will soon be the hardware store is all fenced off, however, so I had checked the largest of the lots that aren’t fenced off. There might not be a need for rescue mission here, but it looked like great northern brown snake (Storeria dekayi dekayi) habitat, and I’ve been really interested in finding more of these little snakes. They're the only snakes that thrive in row-house-urban Philadelphia. 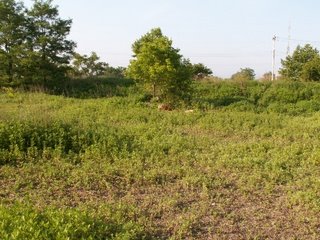 I'm not sure how long this lot has been vacant, but it's apparently been untended long enough for this tree of heaven (an invasive exotic) to grow up through a tire. 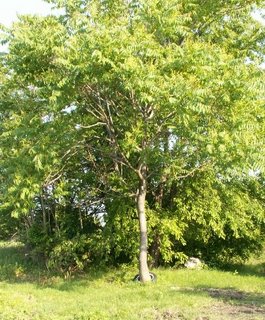 It’s a lot of fun to stumble into herp finds, but I get a far deeper satisfaction out of scouting out good habitat, waiting for ideal weather, and finding my intended quarry there. Today, I found three brown snakes on that overgrown field of weeds, scrubby bushes and trees, collapsed walls, and trash. They musked their little tails off on me, but I was ecstatic.

I tried once before earlier this spring and found nothing in spite of what seemed like pretty good weather (maybe too dry). Today I hopped over the berm that runs around the edge of the lot, and found two brown snakes under the third or fourth piece of cover I tried: this old wooden beam. 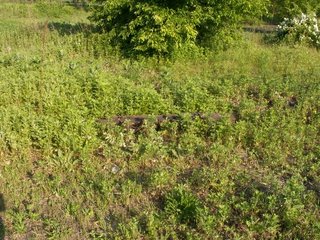 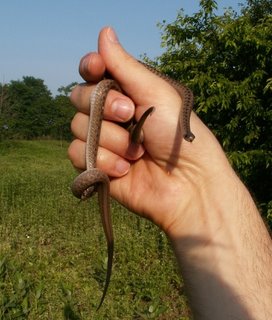 The two snakes looked pretty similar, but one had darker spots, while the other had a duller look to her. I tried some posed picture on top of the beam. They came out a little over-exposed, but at least the snakes held still. The temperature helped. The weather was sunny and in the upper 60s, the day just heating up, and the snakes were cool to the touch. 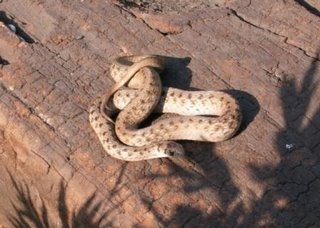 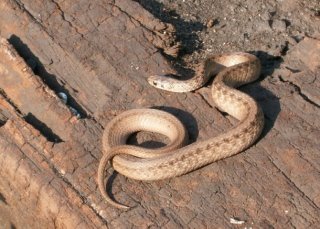 Both looked a little plump towards the rear. I did not sex them, but I’m willing to bet they’re gravid.

I tried more cover and found nothing but the usual ants, termites, centipedes, and whatnot. I steered clear of the horse grazing in the middle of the lot, and after about forty-five minutes, I headed back to my bicycle.

There are some concrete chunks at the top of the berm at the edge of the mowed section near the sidewalk. I was standing by my bicycle when I had a feeling about one of those chunks. 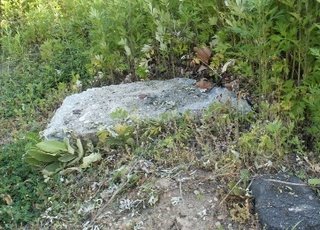 I walked back up to the chunk, lifted, and yippee! This one was the prettiest, in my opinion, with a slightly grayer shade down the back. 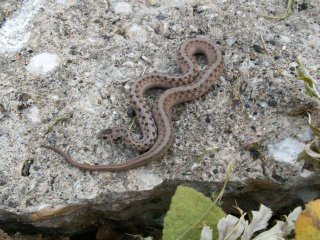 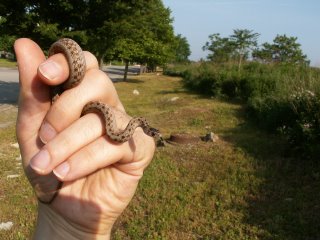 After my brown snake triumph, I rode my bike over to Cobbs Creek to see if I couldn’t round out the morning with a garter snake (Thamnophis sirtalis sirtalis). I had no such luck, but I immediately heard the deep bellows of bullfrogs (Rana catesbeiana) calling from the creek, and I went down to look. There were four calling in a row from the shallows, about ten to fifteen feet apart from each other. I was a little surprised at how close they were to each other – they call to stake out territory and attract females, and I figured they would want more space.

Here are the four in the shallows. Can you spot them all? 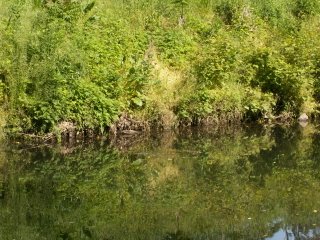 Here are some close-ups. 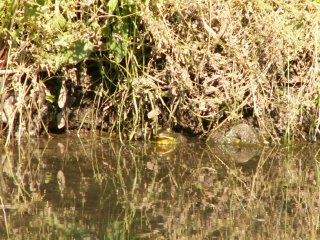 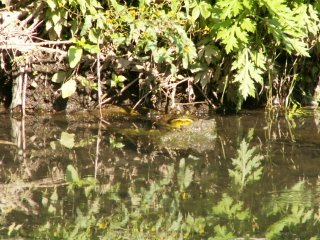 Only one seemed to be paying attention to his neighbor. 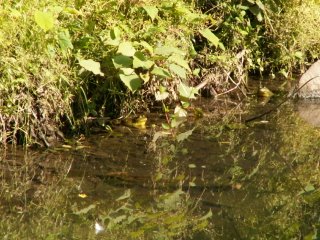 No one was paying attention to the duck. 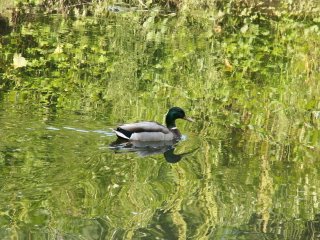 I walked around the west side of the creek and hunted for worms. I was impressed to find a leadback redback salamander (Plethodon cinereus) under a log. It was already in the 70s, and it’s getting late in the season to find redbacks. I was also surprised by the location. I think of redbacks in that area as living on and around rock outcroppings that make for good retreats in hot or freezing weather. This one was living on the floodplain with nothing uphill but houses and asphalt. 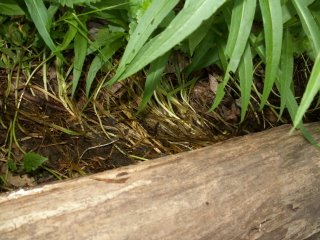 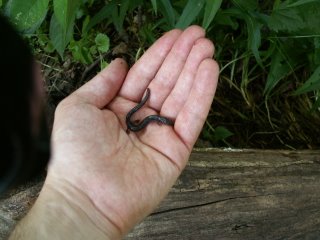