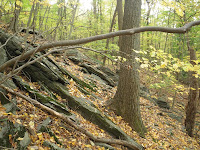 Last weekend I engaged in a one of my regular exercises in futility: searching for milksnakes under the rocks of Northwest Philadelphia.

I date the beginning of my writing about herping to May of 2005. On that cool, cloudy evening (about 7:30pm) I was flipping rocks on a hillside above the Wissahickon, when under a hefty slab of rock I found not centipedes, not ants, not pill bugs nor crickets, not even a redback salamander (Plethodon cinereus) - all somber-hued creatures that blend in with the soil, stone, and dead leaves - but a vividly crimson and cream little beauty of a milksnake. It felt like a dream, finding something so unexpected and gorgeous, and I felt the need to post about it on a field herping forum that I no longer frequent. I don't think that post drew a single follow-up, which motivated me to launch this blog. I know that sounds backward, that the lack of response spurred me to write about a topic, but I was thinking more along the lines of 'to hell with you rattlesnake-obsessed Californians, I'm going to write about herping on my own damn website.'

For the rest of that season into the next couple years, I went back to that same hillside as well as others in the area, thinking that thar be milksnakes, I could go out and just flip some more.

Nope, that was not the case. Eventually this turned into an absurd ritual as it became clear that finding that first milksnake was an incredibly lucky fluke.

In the meantime, non-herper friends have unintentionally mocked me as they have sent me photos or other accounts of their own milksnake finds in that same area. Just a couple months ago a friend sent me this photo: 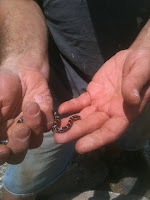 Here's a DOR from near the Upper Roxborough Reservoir (where they do the Toad Detour): 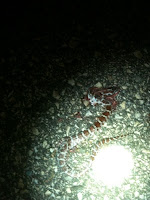 Here's a road jerky specimen (I think I only just threw this away a few months ago after keeping it in a drawer) from a couple years ago. Scott found it next to the car after we had concluded another unsuccessful expedition: 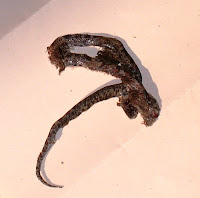 So, this is why I keep heading up to the far northwest corner of our fair city, to strain some more ligaments in my back and find lots of things that aren't milksnakes.

Here is a typical rock, one of hundreds (thousands?) at this spot: 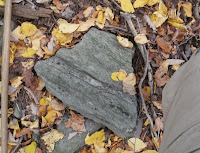 As per usual in the fall (and spring), redback salamanders were out in force: 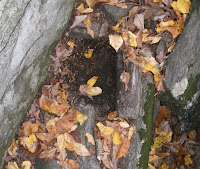 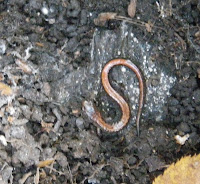 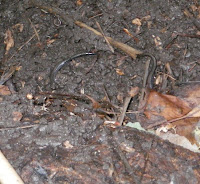 A rustling in the leaves alerted me to this hefty toad (Bufo americanus). I find a plump toad like this really satisfying. There's something comforting about having it fill your hand instead of having to handle it gingerly with your finger tips. 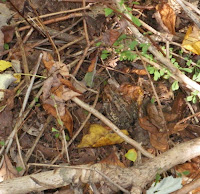 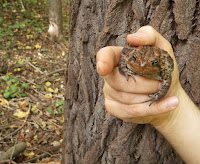 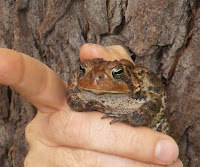 I did flip a snake. Here it is, twelve inches of puffing, pooping, biting garter snake (Thamnophis sirtalis). This is not the first garter I've found under a rock in that part of town, but it is the first for that particular hillside. 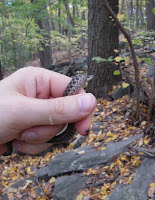 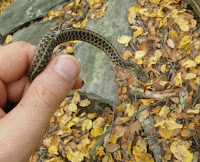